The American Hymnody Collection includes nearly a thousand hymnals from the colonial period to the present, hymnals that were either published in North America or were published abroad and brought to the United States by immigrants.

The collection originated in 1995 when members of the music faculty suggested that a recent University purchase of older hymnals might serve as the nucleus of a collection that would help preserve one aspect of Christian history while also serving as a resource for the BJU family and visiting scholars.

A chronological list of the hymnals currently held in the Special Collections Reading Room is accessible below. Donation of additional hymnbooks would be welcomed as the University seeks to enrich this collection.

The Special Collections room contains a collection of rare Bibles, some of which are on display in the Jerusalem Chamber. 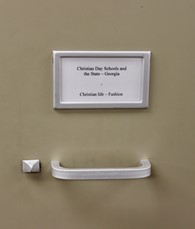 The Fundamentalism File is a reference resource of over 100,000 paper items (c. 180 cubic feet), cataloged under 5,000 subject headings, that contains not only material related to the history of Fundamentalism but also information about topics that were of special interest to fundamentalists during the late 20th and early 21st centuries, such as abortion, divorce, church planting, postmodernism, homosexuality, capital punishment, the Charismatic movement, contemporary Christian music, separation of church and state, and tax exemption for religious organizations.

Some articles in the collection were gleaned from mainstream publications, others from more obscure religious periodicals and newsletters of limited circulation. The File also collected ephemera, such as brochures, meeting advertisements, and statements of faith.

The second president of BJU, Dr. Bob Jones Jr. (1911-1997), created the Fundamentalism File in 1978, anticipating that it would record the “history of religion in our times,” cover “all aspects of the Fundamental position and those who oppose it,” and provide “resource material that somebody 50 years from now, if the Lord tarries, can use in doing an article on the present struggle of our day.”

Another collection, more recently donated to BJU and as yet uncatalogued, is the extensive research collection of Robert Sumner (1922-2016), Baptist author and editor of The Biblical Evangelist.

Bob Jones Jr. died in 1997 as the internet began to make paper materials less critical to the study of contemporary religion than had been the case twenty years before. The last formal additions to the Fundamentalism File were made in May 2014, when the University ceased funding a staff.

Nevertheless, the Fundamentalism File still occupies the physical location where it was moved during the summer of 2000, and its holdings continue to be valuable for students of late 20th century religion. The Fundamentalism File can be searched through the BJU library catalog; and further information about its contents may be obtained from the archivist, John Matzko, jmatzko@bju.edu 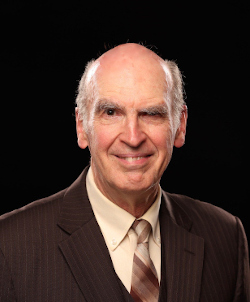