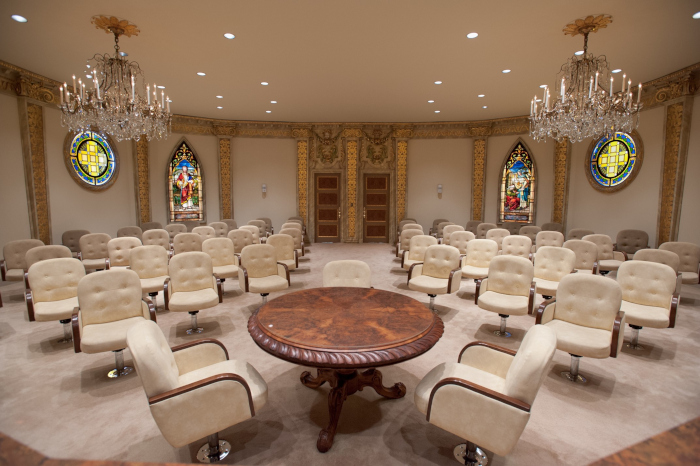 The University boardroom was created by a generous gift of Eleanor Greene Sargent (1899-1990), in memory of her husband, Earle Wheaton Sargent (1898-1978), a member of the Board of Trustees. The design of Harrell Whittington was executed by the University stage crew under the direction of Melvin Stratton and John Swaffer.

The elaborate pilasters and over-the-door decor were originally part of a reception room in the opulent New York City residence of financier George Blumenthal (1858-1941). After his house was dismantled in 1949, the woodwork was acquired by antique dealer French and Company, which gave these pieces to Bob Jones Jr. 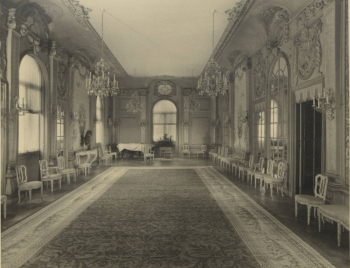 The two arched stained glass windows were created about 1900 in the studios of Lewis Comfort Tiffany. One depicts Dorcas, a symbol of Christian charity, and the other, the Apostle Paul, a symbol of faithfulness in proclaiming the Gospel. Mr. and Mrs. Monroe R. Meyerson contributed a tapestry that depicts a triumphal procession.

Two chandeliers, given by University Board of Trustees member William Henry Belk Simpson (1907-1992) and his wife, Katherine McArver Simpson (1925-2007), first hung in the ballroom of the Astor Hotel in Times Square, New York City (1904-1966) and then in the Cape Fear Hotel in Wilmington, North Carolina.

The boardroom is available for use by University departments and for academic programs. Contact Patrick Robbins, Director of Libraries, (864) 370-1800 ext. 6015, probbins@bju.edu.

The Fundamentalism File is a resource center with over 5,000 different subjects and over 118,000 items of information relating to:

This resource center houses manuscript collections pertinent to the history of Fundamentalism and Fundamentalist approaches to religious and social issues. Collections currently available include

In addition, research reports and other documents are produced by the Fundamentalism File. The Fundamentalism File came into existence in 1978 at the suggestion of Dr. Bob Jones Jr., who wanted a resource center for tracking information on current religious and theological topics, creating “a history of religion in our time.”

The Fundamentalism File is available by appointment only.

The Fundamentalism File associates will work with your research request and pull the materials for your research. There is a nominal charge for photocopies. PDF files are also available upon request, dependent upon copyright restrictions.

Mack Library’s periodical collection includes magazines and journals (1,000 current print subscriptions), as well as access to over 52,000 unique titles, including representative newspapers of various parts of the country in electronic format, CD-ROM resources, audio visuals, and microform. Print and electronic indexes are available for research.

Students in the greater Greenville area and who are in Greenville on a regular basis should visit BJU’s library to access resources and services.

Students outside the greater Greenville area may contact the Mack Library, but must plan accordingly for accessing, processing and shipping items and are also encouraged to check with local public and academic libraries for access to:

Electronic requests will be processed within two business days and shipped via UPS with tracking or other appropriate method.

Search the library catalog at library.bju.edu.

Mack Library offers access to over one hundred databases. These databases can be accessed from the Online Resources list. Click the alphabetical link and then select the desired database. The BJU Central Authentication Service (CAS) will then request the student to enter their ID and password. Should you experience a problem, contact the Reference Librarian at 864 370-1800 x6015.

Here is a link to LibGuides that provide database instructions and searching tips.

If you are having trouble finding articles for your assignments, check our list of databases.

If your local public library will not provide access to InterLibrary Loan, Mack Library will ship borrowed books directly to the residence of the Distance Learner. Request a loan.

The library reserves the right to not honor requests for rare or out-of-print items or books that are currently in high demand.

Arrival within a week via UPS Ground

An item may be renewed once if no other customer has placed a request for the book. To renew the item, please contact the circulation supervisor by e-mail (circadm@bju.edu) or phone at (864) 242-5100, ext. 6000. 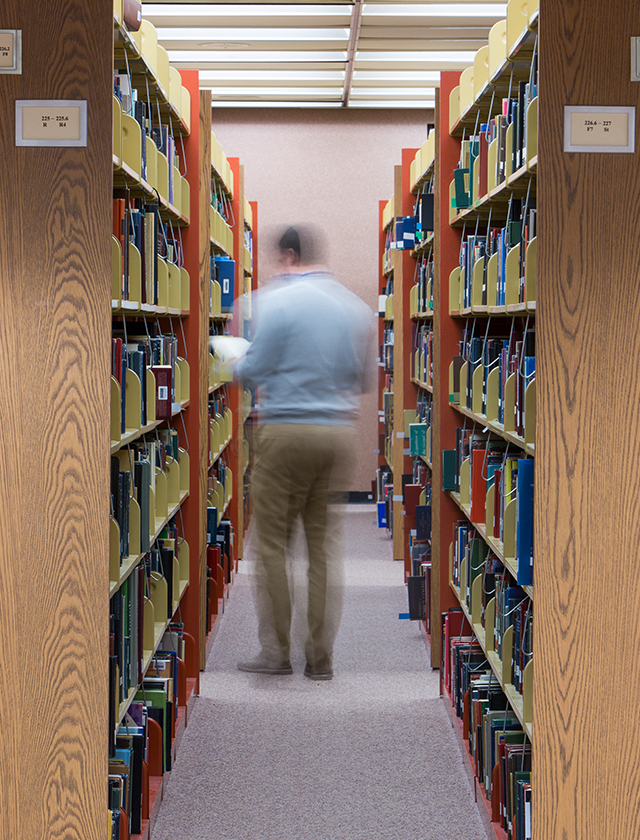 BJU students residing in foreign countries may borrow books with these additional restrictions: 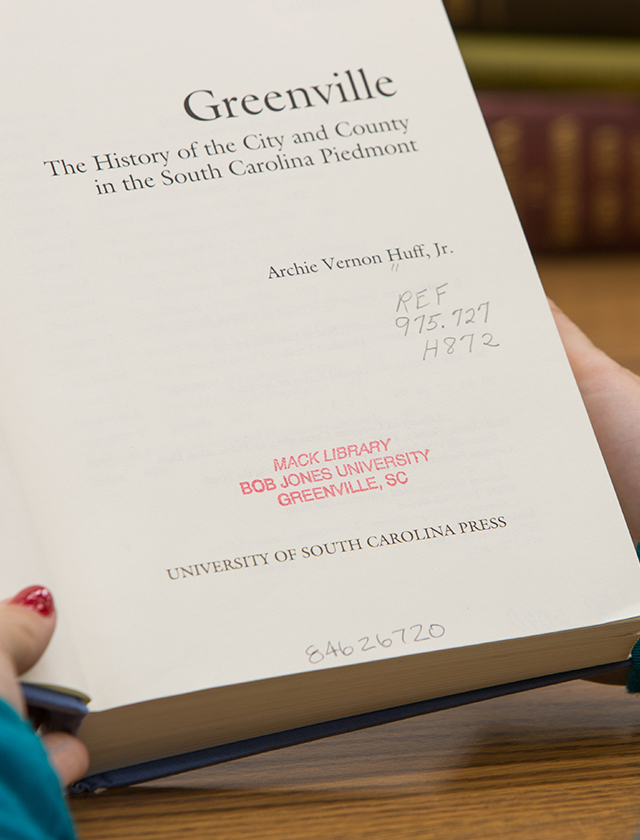 Borrowing Books (not in the Mack Library Collection) 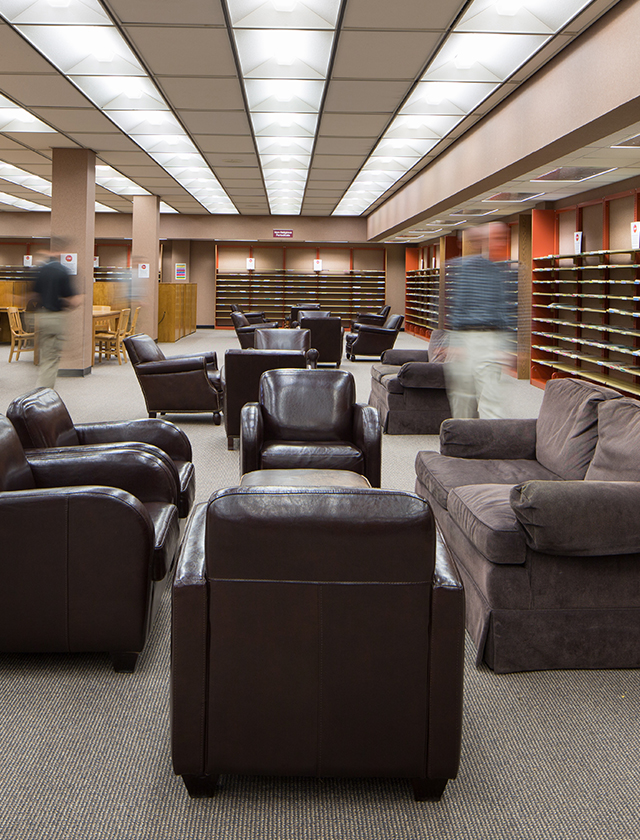 What is an embedded librarian?

The Embedded Librarian works closely with faculty, incorporating library instruction in a class and providing a librarian as a resource to students during the course. Librarians can work with instructors to collaborate and create viable assignments that utilize library resources and answer student questions regarding library materials.

Who can use an Embedded Librarian?

Instructors for any class in any discipline or subject area can use an embedded librarian. The librarian can assist faculty with library instruction and resources for students in the classroom, via BJUOnline, by workshops or appointments at the library. 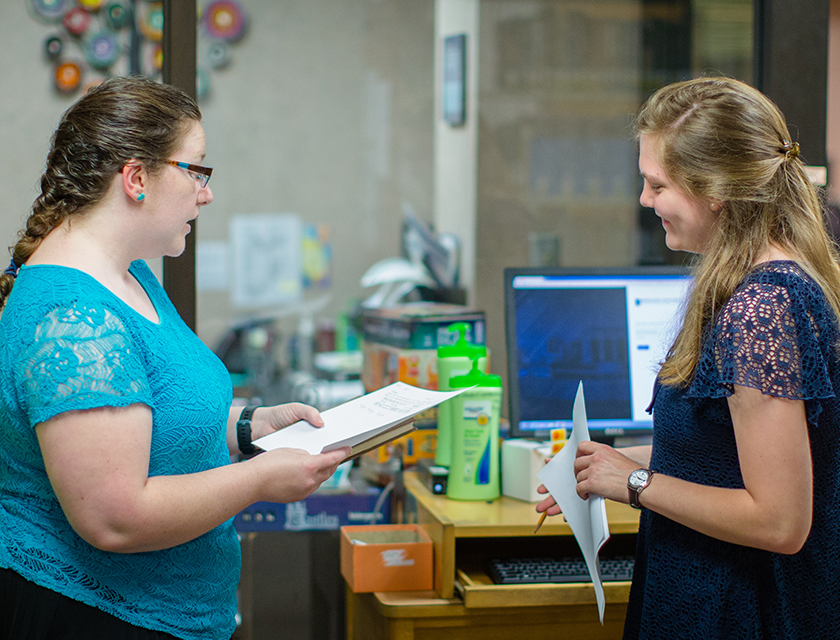 Why do I need an Embedded Librarian?

Embedded Librarians facilitate student research and the use of library resources during a course or just when needed. We can work with instructors a little or a lot, whatever best meets their needs. The librarian can do the following:

What do the librarians need from the instructors?

Librarians would need the following:

The most important thing that librarians need from instructors is promotion of the library and its resources. Announcing that a librarian will be a part of the class and be available for questions is a great first step. If students are struggling with research, remind them that a librarian is available to help. The more importance that is placed on library resources, the more students are likely to use them!

How do I get started with an Embedded Librarian?

“The session you have done for my Business Writing class for a number of semesters has been very helpful.”

“The librarian meets with students, understands their research goals, and offers guidance. Because of their research experience and availability, Embedded Librarians offer greater assistance than I can alone. Even more important, students have an opportunity to learn several ways to approach a complex research problem.”

“The Embedded Librarian opens the lid to a hidden treasure chest of research materials when he shares the library’s extensive collection of online databases. Most of the students were aware of the extensive physical collection but has no idea that such online resources existed, must less how to ever access them.”

Can we help you find something?

Need to get an idea for a paper or project? Browse our Subject Guides—lists of resources put together by our expert librarians.

Looking for more in-depth treatments of a subject? Search our exclusive Online Resources.

Looking for a recording or musical score? Check out our Music Library.

Looking for a specific book we don't have? Request it through InterLibrary Loan.

And when all else fails...

We're here to help you! 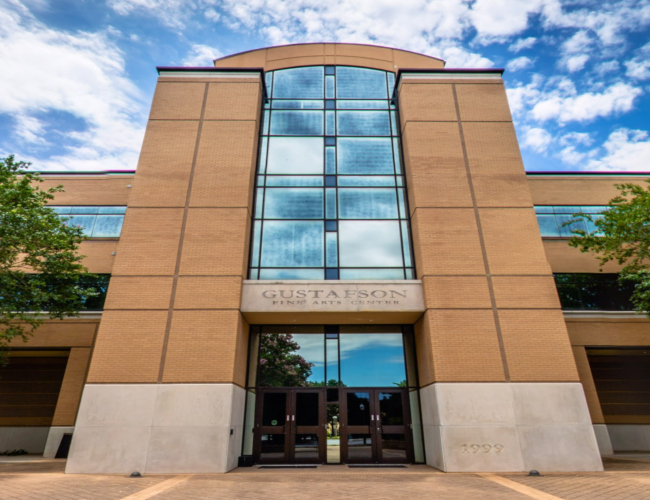 The BJU Music Library is located on the first floor of the speech wing of the Gustafson Fine Arts Center. This location was incorporated into the renovation and construction of the Fine Arts Center in 1999 and increased the Music Library's space to over 3,500 square feet. The new library facilities incorporate modern technology and listening equipment.

The BJU Music Library is located on the first floor of the speech wing of the Gustafson Fine Arts Center. This location was incorporated into the renovation and construction of the Fine Arts Center in 1999 and increased the Music Library’s space to over 3,500 square feet. The new library facilities incorporate modern technology and listening equipment.